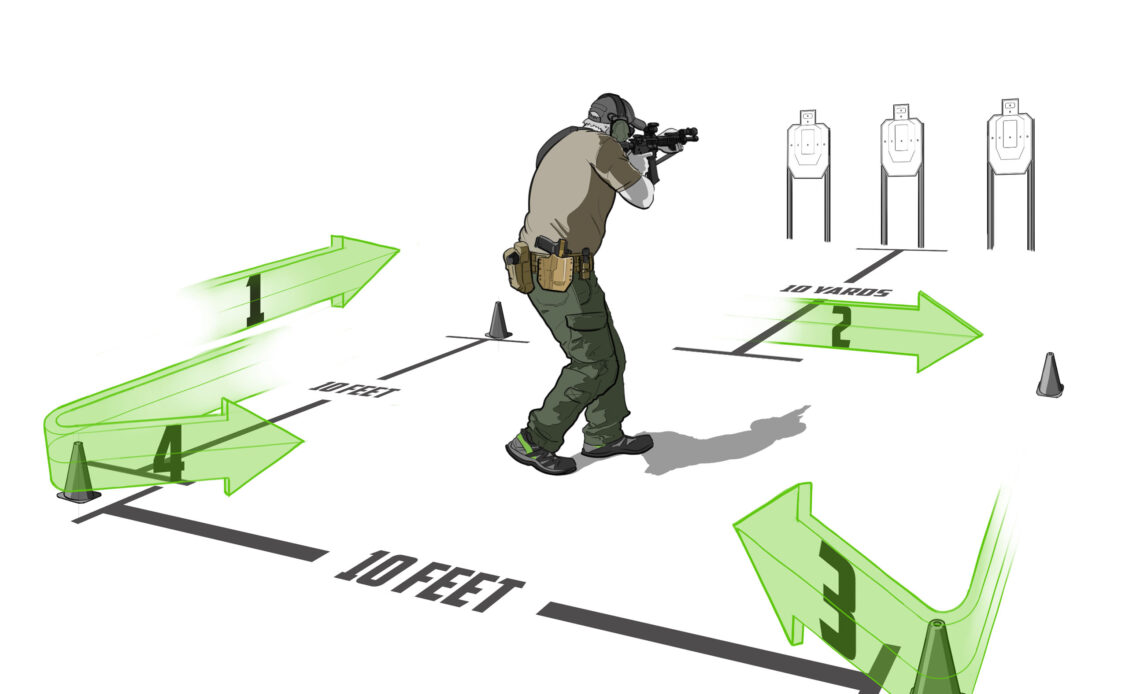 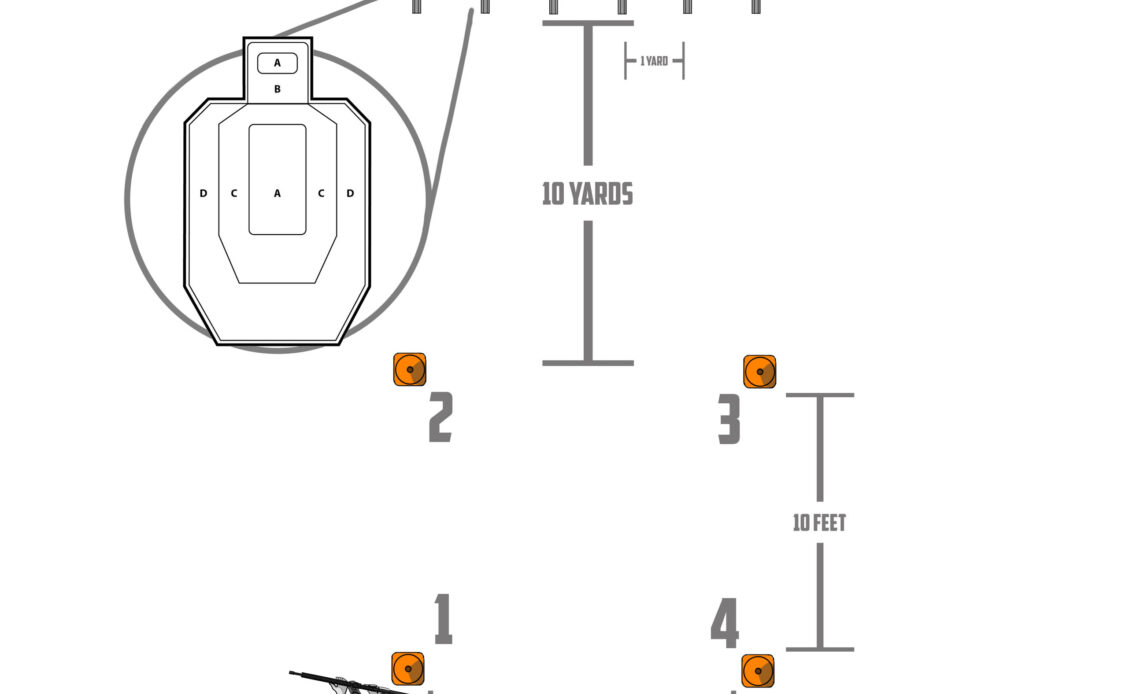 As anyone who runs a gun knows, shooting accurately and effectively on the move is a damned hard thing to do. Even professional warfighters and competitive shooters avoid it if at all possible. This is also why it’s important to train for it, or at least familiarize oneself with the skill in case it is ever needed.

Don Edwards, a 20-plus-year veteran of U.S. Army Special Operations and current Director of Training for Tactical Night Vision Company, came up with a drill that can help us hone this difficult shooting discipline. Read on to learn and then put into practice Edwards’ “X-Box” drill to help improve your shooting-on-the-move skills.

Don said,  “I was looking for a more relevant way to teach and practice shooting on the move. Context is very important to me. I try to make sure that the way I train people in a skill can directly relate to the context in which they will use it. I believe it helps them internalize the need for the skill better.

I never felt that the old way of marching toward the target while the instructor called out “up” or the lateral movement we always used to do on the flat range helped much at all. I started researching other options and initially looked hard at various shooting-on-the-move drills, but the best ones were pretty complex for students to get the hang of in a limited two-day class setting. As I started working things out, the X-Box drill emerged.

Shooting on the move is, in my opinion, a very specific skill for a specific context. Most of the time you will probably find that you will choose to move as fast as you can to cover and then engage. In a close quarter battle (CQB) or room-clearing environment, while working as a member of a tactical team, it is a critical individual skill.

When you enter a room as a member of a team, you need to be able to continue moving to your point of domination while collapsing your sector of fire, identifying threats and engaging them with accurate fire. All this has to be done while your feet are moving and without looking at where you are going. The X-Box helps with this. It makes the shooter move forward, laterally, and diagonally to multiple targets. It helps develop a sense of kinesthetic awareness between your own body, where you are, and where you are going, all while engaging multiple targets. It also reinforces safe and efficient gun handling skills since you must remember to safe the weapon and be aware of the direction of your muzzle.”

24 rounds in the magazine.

Place three IPSC targets abreast, 1 yard apart from each other. Set the cones out in a 10-foot square with the first set of cones 10 yards from the target line. Right-handed shooters start from the left rear cone, lefties from the right rear.

If you are an armed professional who does this sort of thing for a living, around 20 seconds should be your goal. That would take a clean or nearly clean run. Less than 30 seconds adjusted is respectable. You have 24 rounds total; no make-up shots are allowed.

Don Edwards is a twenty-plus-year veteran of U.S. Army Special Operations. He began his career in the 75th Ranger Regiment where he was a participant in Operation Just Cause. He retired from 20th Special Forces Group where he served as Team Sergeant during combat operations in Iraq. He has served for five years as the Use of Force training manager and primary instructor at the ATF National Academy in Glynco, Ga., instructing in tactics and firearms as well. Edwards has worked as tactical adviser to the Department of Defense since 2008, serving in both Iraq and Afghanistan, is a FLETC certified firearms instructor, and is currently the Director of Training for Tactical Night Vision Company.

Kinetic Consulting 5 in 5 Drill As an avid student and teacher, I use drills and exercises to…
END_OF_DOCUMENT_TOKEN_TO_BE_REPLACED
26
Share
DRILLS

In the teachings of the Martial Arts, there must be a close synchronization between closing and…
END_OF_DOCUMENT_TOKEN_TO_BE_REPLACED
1995
Share

Find out more or adjust your settings.